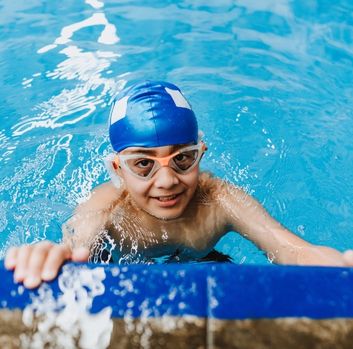 Every day, thousands of individuals, families, and children arrive at the border seeking safety, security, and freedom. EnCircle is part of a network of organizations there to help. Every situation is unique but, according to Dennis Pinto, an enCircle Case Manager, there are two common denominators: 1. better opportunities, especially access to education, and 2. the need to escape violence and/or poverty.

Dennis shares the story of a 12-year-old boy who was living in his home country with an aunt who had become physically abusive. When his mother became aware of the situation, she arranged transportation and finances to get him to the U.S. to be with her. During the immigration process, Dennis spoke with the boy on a video call.

"The conversation was very one-sided. He didn’t know where he was and he was afraid," Dennis recalled. "He wouldn’t look at me and he didn’t even seem like a kid."

Once Dennis completed the home study and the boy was released to his family, his mom became very involved in her son’s education and with his fragile health. He has now brightened, he is responsive, his health is good, he loves his teachers, his favorite class is science…and he eagerly shares stories with Dennis!

"Now, I’ll ask him one question and he’ll tell me all kinds of stuff," Dennis said. "And I just think, 'Cool! He is riding his bike, swimming in a pool, making a mess. He is actually being a kid now!'"

Dennis meets with the family monthly and provides support as needed.

"I think we always ask ourselves, 'Are we doing enough?'" Dennis said. "And it’s usually subtle things that let us know, 'yes, we’ve done our job.' And when that happens, it’s a great feeling!"